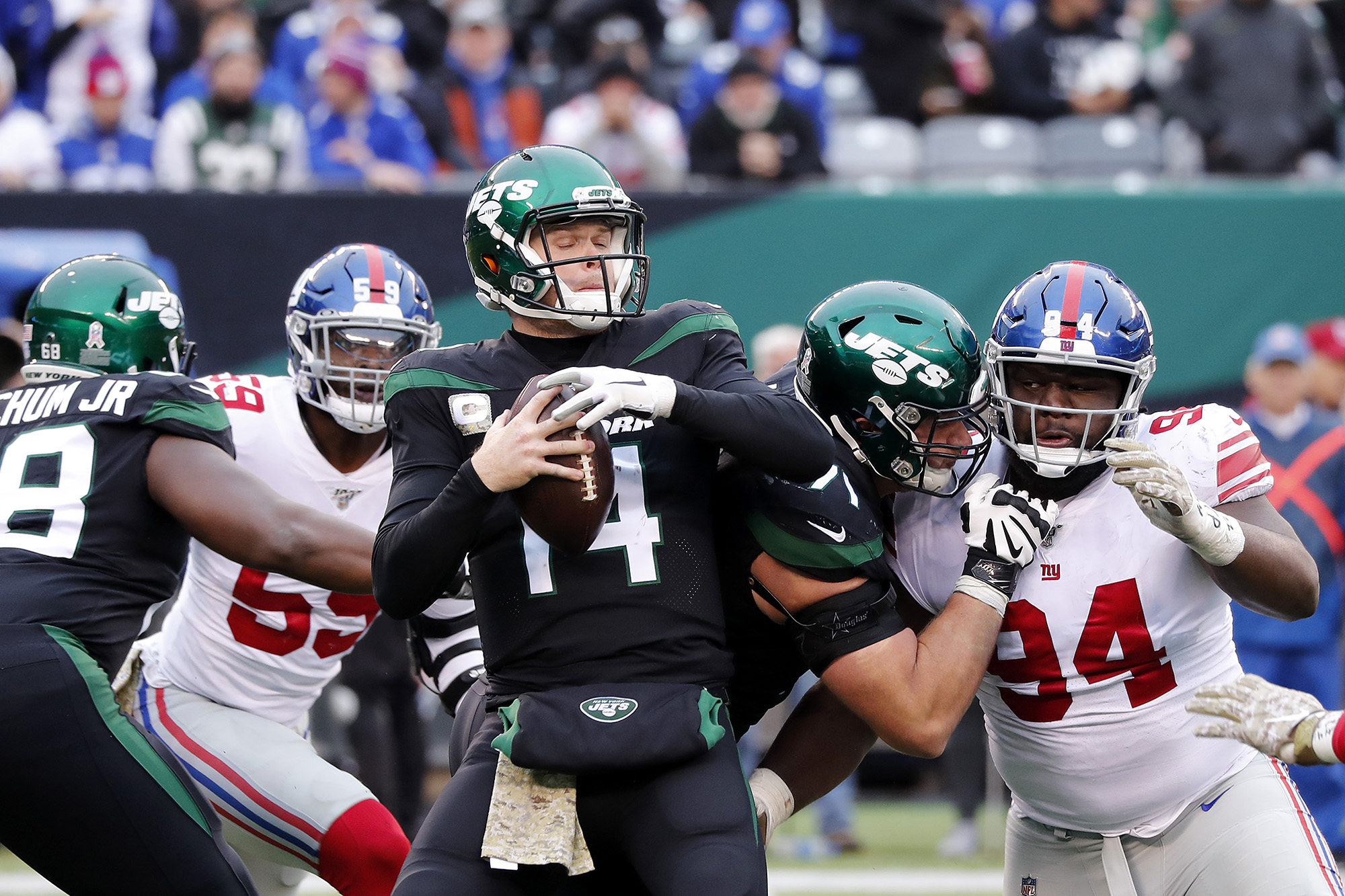 A two-year-old tweet from the Jets thanking the Giants for not selecting Sam Darnold in the 2018 NFL Draft resurfaced Monday, shortly after the Jets traded the quarterback to the Panthers for three draft picks, including a second-rounder in 2022.

“Thank you, @Giants,” the Jets posted in April 2019, just before that year’s draft, along with a photo of three fans wearing a shirt emblazoned with the same phrase and a picture of Darnold.

At the time Jets fans had reason to celebrate the Giants passing on Darnold to select running back Saquon Barkley with the second-overall pick.

Though the Jets finished 4-12 his rookie season, Darnold, the third-overall pick in 2018, threw 17 touchdowns and 15 interceptions, and showed flashes of becoming the franchise quarterback the team has longed for since Joe Namath.

But after a strong finish to his second season, Darnold had just nine touchdowns and 11 interceptions in 2020, as the rebuilding Jets went 2-14 and fired second-year head coach Adam Gase.

It quickly became apparent new head coach Robert Saleh preferred to bring in his own quarterback, and all signs point to the Jets selecting BYU’s Zach Wilson with the No. 2 pick in the 2021 NFL Draft.

As for that infamous tweet, Giants fans shouldn’t gloat just yet — while Darnold didn’t work out for the Jets, Barkley has been limited his first three seasons due to injuries. And it remains to be seen whether Daniel Jones, whom the Giants selected in the first round of the 2019 draft, will become the franchise quarterback Darnold wasn’t for the Jets.

The Jets’ Sam Darnold era is over. They are trading the quarterback to the Carolina Panthers for draft picks, the team announced on Monday. The Jets will receive a 2021 sixth-round pick, a 2022 second-round pick and 2022...

Nets suffer letdown against Bulls with return of Big 3 looming

The Nets appeared to get caught looking past the Bulls, and toward the looming return of their own Big 3. Brooklyn’s winning streak came to an abrupt end, as did Chicago’s losing skid, as the Nets fell 115-107...

The way Domingo German pitched in spring training to win the Yankees’ fifth starter job made his first regular-season start in 19 months a much-anticipated one. But Sunday turned out to be more of a dud, and not...

Bryson DeChambeau makes it easy to root for him at Masters

Fifteen years ago, while I was flying with Jack Nicklaus from Calgary to Palm Beach, Fla., on the legend’s private jet, we hit turbulence at 40,000 feet. Looking distressed as a thunderstorm lit up the sky, Nicklaus grabbed...

Hello & welcome to my blog! My name is Serdadu Tridatu and I'm a 20-year-old independent blogger with a passion for sharing about fashion and lifestyle.